We have offered legal services to both individuals and businesses in Rochdale and the surrounding areas for well over 300 years. 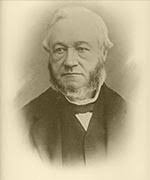 In or about 1770 the practice, which much later became Jackson & Co, was begun by a Solicitor named Mr Fenton and continued by him for many years. He was followed in that practice by Mr James Woods who subsequently took into partnership a younger man, Mr Robert Jackson; the firm then practising under the name of Woods & Jackson from the early 1830s. Following the retirement of Mr Woods, Mr Robert Jackson took into partnership his nephew, Mr George Jackson, and the firm then became known as R & G Jackson. Mr Robert Jackson died on 23.04.1891, never having retired.

George Jackson subsequently took on two new Partners, a Mr Godby and Mr George Lissant Collins, when the firm became Jackson, Godby & Collins, in the 1890s. George Jackson retired in about 1910 and, following the death of Mr Godby, who died relatively young, Mr George Lissant Collins changed the firm name to Jackson & Co and took in two new Partners, one being Mr Hosegood and the other shortly after the First World War, being Mr Collins’ nephew, John Lissant Collins. Mr Hosegood retired in the 1920s and Mr Henry Arnold Kilner, who had for some years practised on his own in Oldham, was taken into the partnership.

Towards the end of the 1920s Jackson & Co took over the practice of William & Arthur Sutcliffe of Hebden Bridge. The Sutcliffe firm had practised as Solicitors from the early 1600s. The Hebden Bridge office was continued under the name Sutcliffes, Jackson as a branch office of Jackson & Co until the beginning of the Second World War, when it was closed. 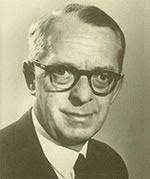 In 1979 Jackson & Co merged with the firm J S Stoney & Co. On that merger Joseph Stoney became Consultant for a short time but his daughter, Susan Mary Stoney, became a Partner. Joseph Stoney had started the firm himself in the 1930’s and had been a sole practitioner. 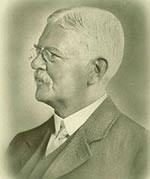 In 1994 Mary Rodak joined the firm Jackson Stoney & Co as Partner and later that year the firm merged with Brierley & Hudson, another Rochdale firm, to become Jackson Brierley Hudson Stoney. 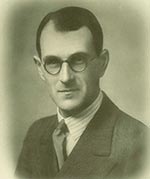 James Arthur Hudson’s two sons, Keith Hudson and Maurice Hudson were taken into partnership with him and ran the firm until Keith Hudson died in 1969. They were also Notaries. Dennis Everett joined Maurice Hudson in partnership in 1969 and became the sole proprietor of the firm when Maurice Hudson retired. Valerie Buckley was taken into partnership in the late 1970s and they were later joined by Sandip Kumar Sethi. Dennis Everett became a Notary Public in 1974 and was Assistant Deputy Coroner for Manchester North for some 20 years. Valerie Buckley became a District Judge in 1993 and retired from the practice.

Following the merger of Brierley & Hudson with Jackson Stoney & Co in November 1994, Jackson Brierley Hudson Stoney commenced its Family Mediation Service to complement its legal services in 1998. Dennis Everett’s daughter, Fleur Louise Everett was taken into partnership in 2001. Sandip Kumar Sethi left the practice in 2003 and became a District Judge. Then Dennis Everett retired from the practice in 2004 through ill-health.

In April 2008 Jackson Brierley Hudson Stoney took over the Rochdale firm of A H Sutcliffe & Co. At that time the sole Principal of that firm, Colin Ashley, became a Consultant and he retired from the firm in 2011.

That practice originated in Halifax in the early 1900s. Before the Second World War the firm branched out into Rochdale, becoming Clarkson, Thomas and Collinson. Alan Sutcliffe came to Rochdale from Halifax following demobilisation in 1946 and entered partnership but he subsequently continued the firm as a sole Practitioner as A H Sutcliffe & Co. In 1981 Alan Sutcliffe took Colin Mills, into Partnership together with Colin Ashley and Mr Sutcliffe retired a year or so later. Colin Mills retired in August 1994.

The firm has had a long and successful history of serving the legal needs of the people of Rochdale. We aim to continue to do so.

Get in touch with our team today